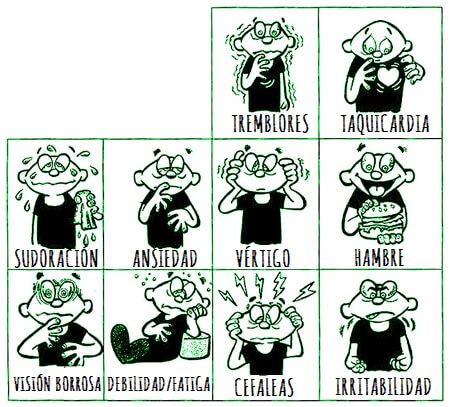 Our body needs a steady supply of energy in order to properly function. Most of this energy is provided by glucose.

Glucose is a type of “sugar” that acts as the main fuel for most organs and tissues in our body.

Although there is no consensus on the threshold for blood glucose values, it is generally accepted that blood sugar levels should be above 70 mg/dl (3,89 mmol/L). Hence, hypoglycemia is a decrease in the amount of glucose below those values.

In other words, hypoglycemia is a “sugar drop”.

In a “sugar drop” a person goes from feeling well to experiencing discomforting sensations. These are warning signs the body has a shortage of blood glucose

What are the symptoms of hypoglycemia?

In cases of severe hypoglycemia, the help of another person is often required to treat the symptoms as confusion, disorientation, loss of consciousness or convulsions may occur.

And do not miss anything at all!!

How can hypoglycemia be detected?

However, it is very important to learn to detect the symptoms of hypoglycemia in order to give immediate assistance to the sufferer.

If hypoglycemia is not corrected properly, it can cause irreversible brain damage, coma and even death.

If your child suffers from hypoglycemia, it is important that you learn to detect as quickly as possible what symptoms he/she usually has, so you are able to immediately care for them.

In addition, in the case of congenital hyperinsulinism (HI), it is advisable to do everything possible to maintain his/her values above 70 mg/dl (3,89 mmol/L).

Most of our “sugarbabies” are really used to having their bodies working below 70 mg/dl (3,89 mmol/L). That means that their bodies usually work below recommended sugar levels and so it is quite common that they don’t show symptoms of mild hypoglycemia. However, not showing symptoms does not mean that their brains aren’t suffering. What happens is that they go from an apparent normality to extreme suffering.

To give you an example, my daughter has been on several occasions playing and has suddenly started to convulse. In all cases, the glucometer showed values below 37 mg/dl (2,05 mmol/L).

It is obvious that her brain wasn’t as calm as it appeared.

It is essential that our children learn to verbalize when they don’t feel well.

It is especially important until they are old enough to have an independent control of their disease. Thereby, they can seek the help of an adult as soon as possible: in hypoglycemia, every second counts.

It is also essential that anyone who cares for our sugarbabies knows how to act in a case of hypoglycemia. In particular, those who spend more time with them such as: teachers and grandparents. 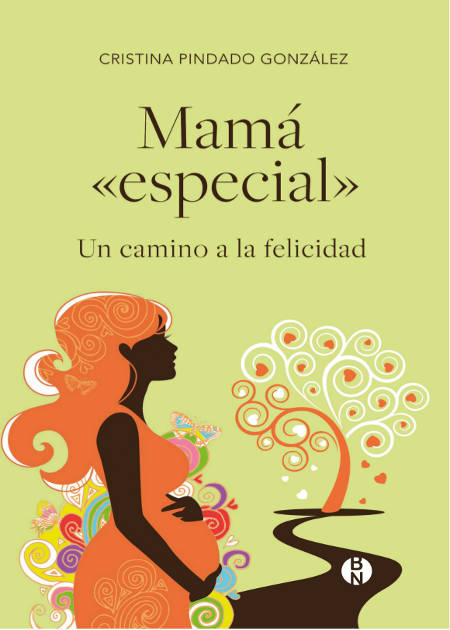 SPECIAL MOM:
A ROAD TO HAPPINESS

No one wants to come across an illness in their life, much less if it is a disease of their child.

However, sometimes storms give way to sunny days.

MORE ABOUT THE BOOK

La Otra Cara de la Insulina reminds you that we are not doctors. If you have any doubts or questions about the treatment to follow, you should consult qualified medical personnel.

DO YOU WANT MORE?